Every bride hopes that their day is going to be “special” and “special” normally requires great weather. Sometimes you know what you’re going to get – a wedding in January is likely to be cold and snowy, one in August will be hot & steamy. For an April wedding it’s a case of crossing your fingers and hoping for the best! For Mary Kate’s and Bruce’s special day in mid-April it was unfortunately in the 40’s with a less-than-desirable cold drizzle. But they decided not to let the weather get them done and they ended up with “Truly the best day of our lives more than I could have ever imagined!” to quote Mary Kate afterwards!

The fantastic bride’s makeup was from Muah Makeup in Bergen County.

The flowers were really nice and they were from Annalisa style flowers out of Tenafly, Bergen County.

Hair was by Danielle’s Place in New Milford. 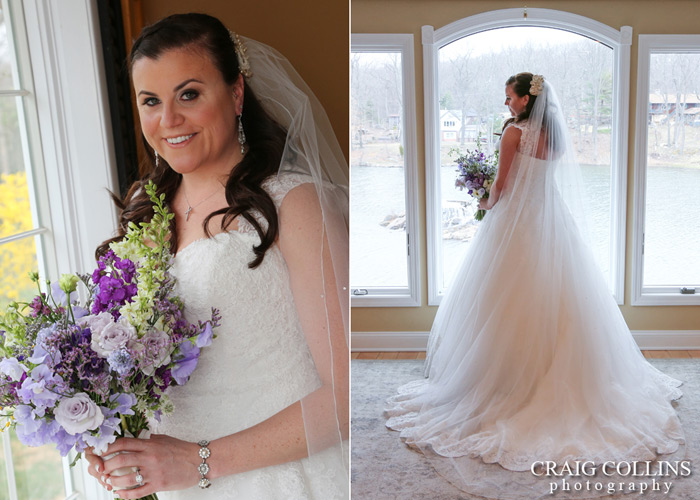 The ceremony was held at a really nice old church in Dumont NJ, Old North Reformed Church (Bergen County). The reception was at the Rock Island Lake Club in Sussex County. 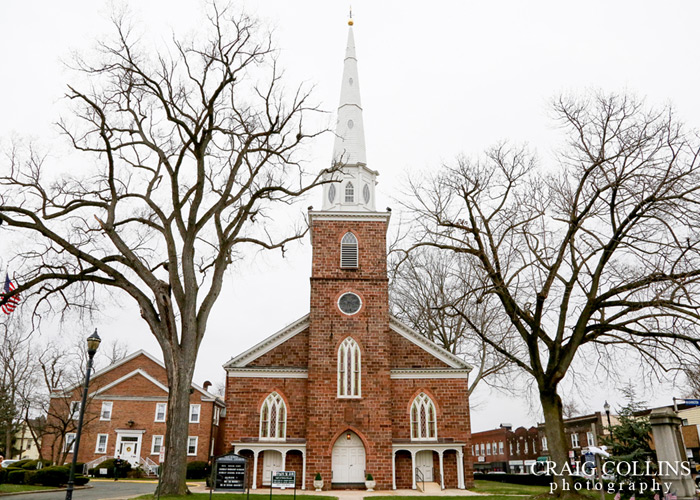 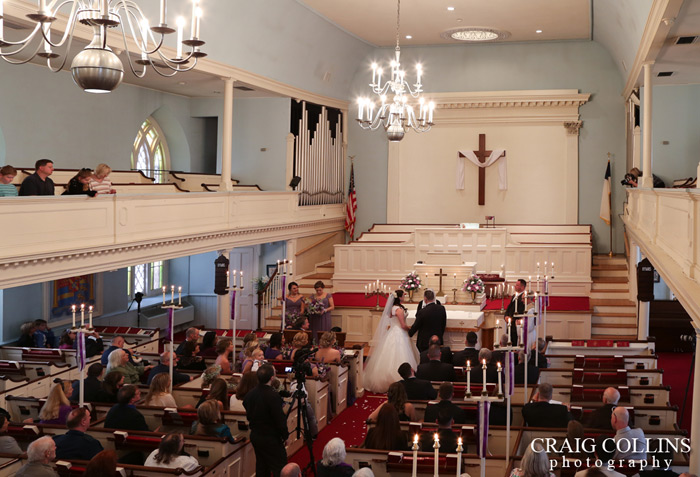 “Bruce and I met roughly ten years ago and reconnected when we were both out celebrating birthdays. I was out for my sisters Stella’s birthday and he was out for his best mans (Reggie’s) birthday. Bruce being suave sent me a message saying Reggie wanted to buy us birthday drinks (we also knew Reggie). So I rallied everyone and we hitched a ride on school bus to meet Bruce and the rest is history 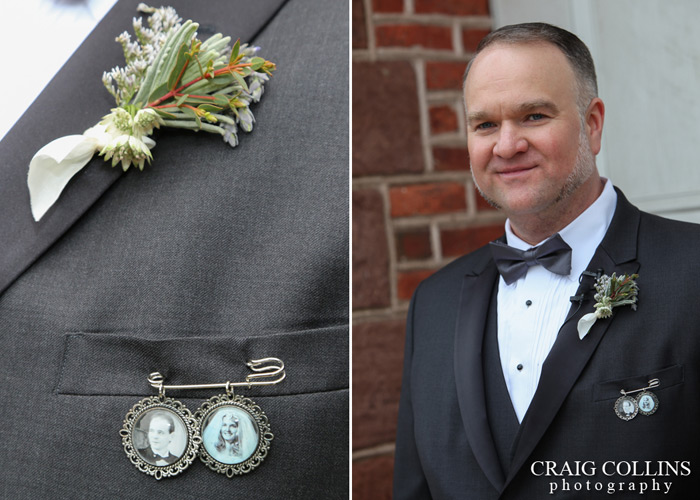 The Old North Reformed Church is the church Bruce’s family attended and his mother was a big part of – in honor of his late mother we decided to get married there and have my priest Father Stephen Fichter and Pastor Susan do a joint ceremony together.

We had an extremely large wedding party. My one sister Molly was the matron of honor. And other sister Stella was the maid of honor.

So the wedding party was my two sisters, one sister-in-law and one cousin PLUS Bruce’s three sisters and my two friends.  9 in total!

Bruce’s side was his best man Reggie, his brother in law, my brother and 6 friends.

This was followed by his two niece’s Madison & Vivienne and my friend’s daughter Reese as flower girls PLUS Ring bearers my nephew Mark and Bruce’s two nephews, Anthony and Eli!

And my nephew Wyatt was up at the altar for the reading his father Eric did.

We had lots of love watching from above.   Bruce’s late mother Marion Elaine Matthews and brother Gary Graham and my grandmother Joan Alvarez and Aunt Victoria Apitius. And surrounded by so much love throughout the day with family and friends in attendance 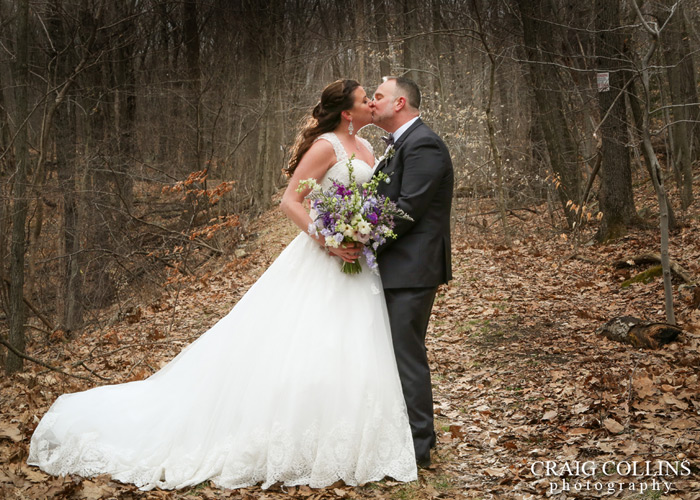 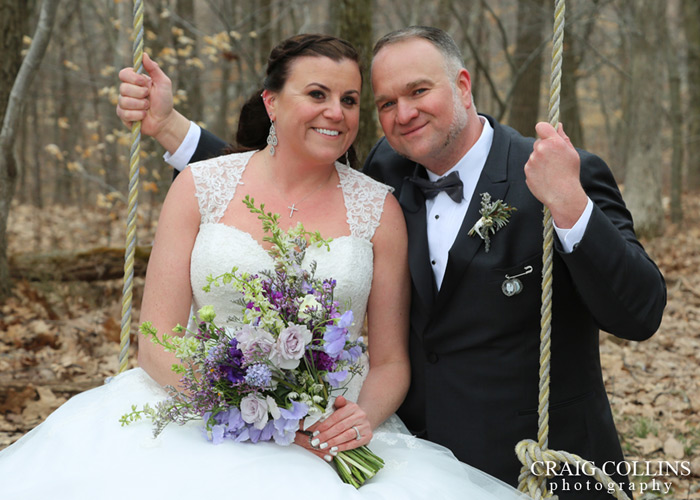 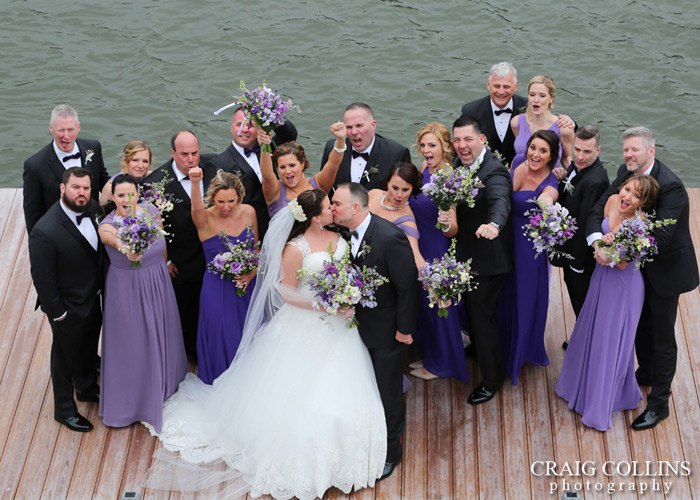 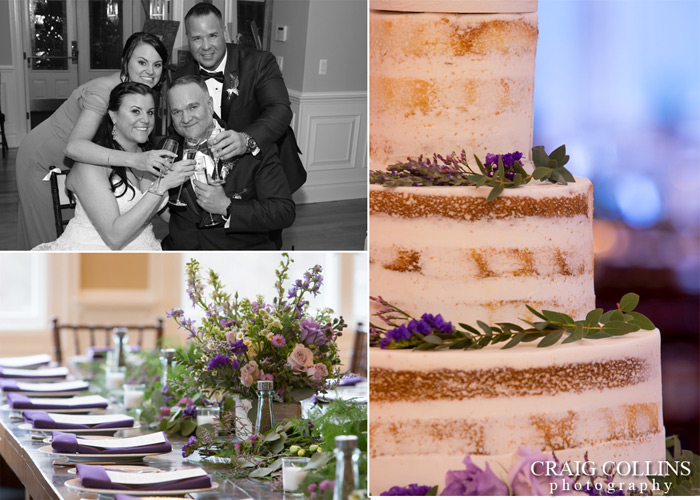 Truly was the best day of our lives more than I could have ever imagined!

And we got the boat picture despite the temperature and wind conditions I was a little hesitant after all it was the anniversary of the Titanic sinking!” 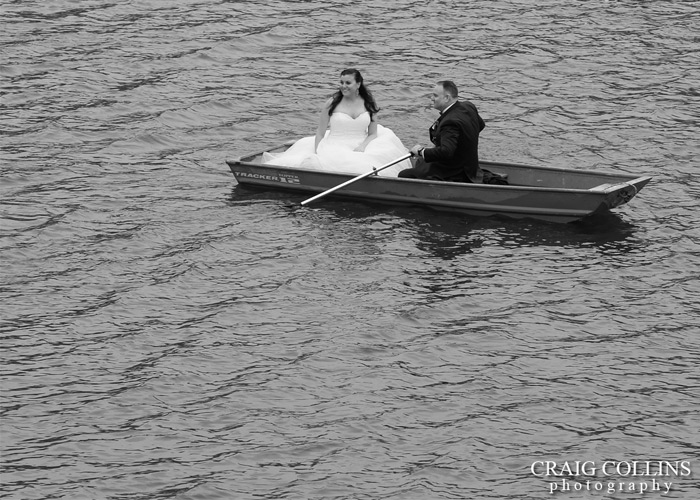 All of us at Craig Collins Photography are so happy that the day turned out to be so “special” and it was great to play a part in it.